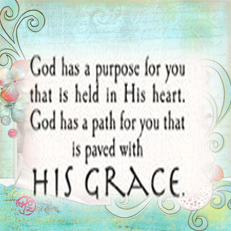 Not everyone that has a brain actually uses it? For instance, I read a story about a woman that was pulled over by the police. The officer kindly asked to see the woman’s driver’s license.  She huffed a bit and said, “I wish you guys would get your act together. Just yesterday you take away my license, and today you expect me to show it to you.”  I also read about a man who went in to a pizza place and ordered a small pizza to go.  The clerk asked the man if he wanted the pizza cut into four slices, or six.  The man thought for a moment, and said, “Just cut it into four slices.  I don’t think I’m hungry enough to eat six.”

Having a brain and using it

If we were honest, all of us have moments when our minds go into a coma, and we say and do things that cause the people around us shake their heads.  If you study the disciples, as they followed the Lord, there are times that their behavior causes you to wonder if the Lord had picked the right group.  Obviously, with the exception of Judas, the disciples became the foundation for the expansion and success of the Church, indicating that eventually, they got it.

However, in Mark chapter eight, there is an incident recorded in which the disciples obviously did not get it.  The Lord was trying to teach them an important spiritual lesson, but at the time they were thick-headed and blind to what was going on around them.  In response to their stupidity, the Lord hit the dense disciples with a series of indicting questions, finally asking them in verse 21, “How is that you do not understand?”  Unfortunately, the original twelve were not the only dense disciples our Lord would ever have.  Still today, there are Christians who just do not get it.  For them, the Lord’s question is still valid. “How is that you do not understand?”

By examining the disciples in this text, we are challenged to think carefully about our Christian life, and how well we understand what the Lord is doing.  Notice that the disciples . . .

1) WERE CONCERNED WITH THE SIMPLE.

Mark chapter eight is a good snapshot of a typical day in the life of a disciple. The chapter opens with Jesus feeding a crowd of four thousand with only seven loaves of bread and a few small fish.  On the heels of this spectacular event, the Lord was confronted by the Pharisees, who challenged Him to perform some sort of a sign, as if His previous efforts were not sufficient.  As this typical and yet remarkable day came to a close, the Lord and His disciples boarded a boat headed to the next location.

Surely, the disciples would spend the trip contemplating and discussing the significance of the day’s events.  Certainly, they would be concerned about the Master and His work.

But instead of celebrating a wonderful day and praising the Lord notice what their concern was.  Verses 14-17 tells us, “Now the disciples had forgotten to take bread, and they did not have more than one loaf with them in the boat.  Then He charged them, saying, ‘Take heed, beware of the leaven of the Pharisees, and of the leaven of Herod.’  And they reasoned among themselves, saying, ‘It is because we have no bread.’  But Jesus, being aware of it, said to them, ‘Why do you reason because you have no bread?  Do you not perceive nor understand?  Is your heart still hardened? ‘”

The simple concerns of the disciples serve to remind us of how many times we are too concerned with the wrong things.  Notice a couple of things about their concerns.  Notice . . .

How Narrow Their Concerns.

The Lord had been doing great things . . .

The sick were being healed,

The dead religion of the Jews

To care only about bread.

In much the same way, many Christians today spend the majority of their life narrowly focused on themselves, and their present situation.

You tell them that the world needs Christ,

And the gospel must be proclaimed,

And all they seem to be worried about

Is why the preacher didn’t shake their hand,

Or why the temperature of the building

Isn’t set exactly like their living room at home.

The Lord Jesus asked the disciples in verse 18, “Having eyes, see you not?  And having ears, do you not hear?  And do you not remember?”  Notice not only how narrow the simple concerns of the disciples, notice also . . .

How Needless Their Concerns.

That same morning, these twelve men had watched the Lord Jesus take seven loaves of bread, break them, and miraculously multiply them in order to feed the 4,000 hungry people.  Their discussion over the lack of bread is trivial, futile, and needless in light of all that had gone on that day.

We fret over things like houses, clothes, doctor bills, cars, and other largely petty things. In many ways, we are like the dense disciples worrying about one loaf of bread.

Notice something else we draw from these disciples . . .

2) WERE CLUELESS IN THE SPIRITUAL.

The busy day was winding down, and as the boat started out across the water, the Lord was meditating about the confrontation he had had with the Pharisees.  The disciples, on the other hand, were busy arguing about which one of them had forgotten the bread, and which one of them had dibs on the one piece that had made it on board.

Suddenly, the Master speaks from the back of the boat.  Verse 15 tells us, “Then He charged them, saying, ‘Take heed, beware of the leaven of the Pharisees, and of the leaven of Herod.’”  The Lord had a spiritual truth He wanted to convey to the disciples, and yet, verse 16 says that they continued discussing the issue of the bread, as if the Lord was referring to that.

The disciples misunderstanding of the Lord’s statement to them is a reminder of how often we are clueless regarding spiritual things.  Notice a couple of things about their cluelessness.  First of all, they were clueless . . .

About His Word To Them.

Jesus makes an important spiritual statement, and the disciples completely missed the significance and meaning of what He had said.  The Lord asked them in verse 17, “But Jesus, being aware of it, said to them, ‘Why do you reason because you have no bread?  Do you not yet perceive nor understand?  Is your heart still hardened?’”  There are many people who sit on church pews week after week and they hear the Word of God declared, yet they leave with no clue of what it truly means for them.

These dense disciples were not only clueless about His word to them, but notice that they were also clueless . . .

About His Work In Them.

The Lord said to His disciples in verse 15, “Take heed, beware of the leaven of the Pharisees, and of the leaven of Herod.”  The Lord was trying to develop cautious and intelligent disciples that would be prepared to minister in the midst of a culture that opposed them.  The disciples thought He was giving a lesson about buying the right kind of bread.  They were clueless about the fact that He was trying to do a work in their lives.

Every day of your life, God has something He wants to say to you and do in you. Unfortunately, many of His children are too clueless to realize that what He wants to do has nothing to do with Sportscenter or American Idol.

Notice a third truth we draw from this text. The disciples are not only concerned with the simple, and clueless in the spiritual, they are also . . .

3) WERE CALLOUSED TO THE SUPERNATURAL.

What is so astounding, and almost comical, about this whole scene is that twice in recent days, these same men had watched the Lord Jesus take a few loaves of bread, and feed somewhere close to ten thousand people.  Though they had seen Him work miracles in the past, they were calloused to His miracle working ability.

The Bible is filled with stories of God’s miracle working power.  Some of you have seen Him work miracles in your own life.  Yet today, in spite of what you know about Him, you are worried about bread.

Notice a couple of things we draw from the disciples’ callousness toward the miraculous work of the Lord Jesus.  Notice first of all . . .

They Saw No Miraculous Potential.

In verse 18 notice the Lord’s question, “Having eyes, do you not see?  And having ears, do you not hear?  And do you not remember?”  In the next couple of verses He reminds them of what had happened the last time two times that they were in a situation where there was not enough food.  In both cases . . .

The Lord had taken what seemed

To be an insufficient amount,

And had multiplied it until it was

More than what was needed.

In spite of this fact, as the disciples discussed a very similar situation, none of them seem to even consider the possibility of a miracle.  Though they had seen the miraculous occur, it did not occur to them that a miracle might happen in their situation.

You may know that God

But when was the last time

You gave Him the opportunity

To do it your life?

When was the last time you quit counting the bread, and asked Him to multiply it instead?  Notice further . . .

They Saw No Miraculous Person.

In the text, even when Jesus interrupts the great bread debate, none of the disciples even think to ask Him to intervene in their food shortage.  Think about that. There in the boat with them was the Son of God.  He had the power to multiply the one piece of bread they had, or to create 12 new loaves of bread out of thin air.  He had spoken the universe existence.  A dozen dinner rolls would be no problem.

Listen to His question in verse 21, “So He said to them, ‘How is it you do not understand?’”  Imagine He is asking it to you?  What are you most concerned with?  Is it the things of God, or are you worried about bread?

Do you understand the things Christ is saying to you and doing in you, or are you clueless about spiritual things?  Ask God to make you more aware and awake to His power that needs to be at work in your life.